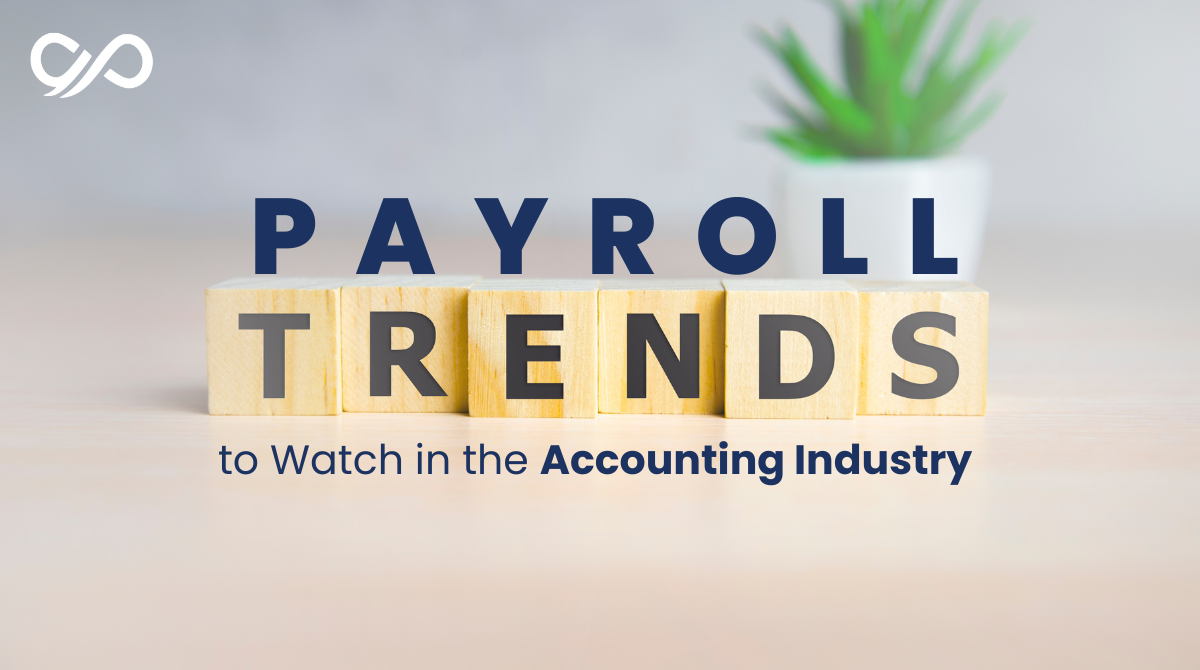 The world becomes a little smaller and more connected with each new advancement in technology and the web. This has resulted in some of the most rapid changes in recent history within the global payroll trends.

Payroll leaders today are accountable for assisting employees across cities, states, and countries as they navigate new systems, technologies, and government regulations that materialise without warning.

A multilateral payroll leader’s job is to attempt to maintain stability during what may be a rough ride.

All of this contributes to the emerging payroll industry trends affecting businesses this year and in the years to come. Several are highlighted below: 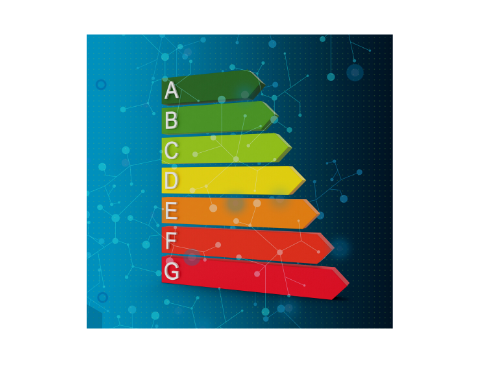 Now, New Jersey state law requires that the ABC test be used to classify workers. This means that unless three specific criteria are met, a worker is considered an employee by default. In 2019, New Jersey levied a $640 million tax bill against Uber, alleging misclassification of its employees as independent contractors.

alifornia also employs the ABC test to determine worker classification. However, a November 2020 ballot measure (Proposition 22) approved by voters exempted app-based driving companies such as Uber from the rule. However, the state challenged the ballot item in court, and it was declared unconstitutional in August 2021. Due to the fact that the ruling is currently being appealed, it is possible that it will change again.

Classification of employees is a significant issue for businesses. This can result in significant fines and the payment of back wages and taxes. Even if an employer outsources payroll processing, the onus typically remains on the business to ensure compliance with all applicable federal, state, and local laws, rules, and regulations.

The IRS provides information on worker classification on its website for employers. Form SS-8, Request for Determination of Worker Status for Federal Employment Taxes and Income Tax Withholding, may also be used to request a determination of worker classification. Generally, the IRS takes the position that a worker is an employee under common law rules if the business has the right to direct what will be done and how it will be done as per the latest payroll industry trends. Requests for Form SS-8 are made solely to resolve federal tax issues.

The United States Department of Labour (DOL) also provides guidance on worker classification on its website. According to the guidance and payroll trends, workers are considered independent contractors if they operate their own business, are compensated upon project completion, provide their own tools, work with multiple clients, determine when and how they will perform the work, and determine what work they will perform. Employees are protected by the Fair Labor Standards Act (FLSA) against discrimination in areas such as minimum wage, overtime, hours worked, recordkeeping, and child labour.

Additionally, states may have rules governing worker classification. As previously stated, New Jersey and California employ the ABC test, which considers workers to be independent contractors if they are: (A) not subject to direction or control, (B) customarily engaged in an independent trade or business, and (C) performing work outside the hiring entity’s normal course of business.

It is critical for businesses to understand the applicable laws, rules, and regulations regarding employee classification in order to avoid lawsuits, fines, and penalties. In 2022, there may be additional changes. The National Labour Review Board is accepting briefs on its independent contractor standard at the moment. 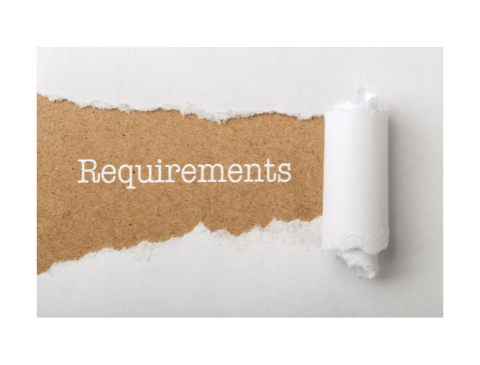 As per the latest payroll trends, employers can continue to require employees to be vaccinated or tested for the virus, in addition to other COVID-19 prevention and safety measures, such as wearing masks, according to the Occupational Safety and Health Administration (OSHA).

The Biden administration has added another COVID-19 vaccination requirement for TSA employees, who are considered federal employees. Additionally, this order is being sued. On January 21, 2022, a federal judge in Texas temporarily halted enforcement of that requirement (Feds for Medical Freedom et al. v. Biden, S.D. Tex., No. 3:21-CV-00356, 01/21/22). That decision is currently being appealed.

Employers are further confused by the fact that certain states have requirements for the COVID-19 vaccine and/or testing. Other states have enacted legislation prohibiting such conduct. Employers who fail to keep up with the changes may face fines and penalties. Additionally, employers may require COVID-19 vaccination as a condition of employment. This category includes a number of airline companies.

Although OSHA has officially withdrawn its rule requiring COVID-19 vaccines or testing for employers with 100 or more employees, the agency maintains a webpage that provides guidance to employers considering implementing some form of vaccine or testing requirement for their employees. OSHA stated that while it has withdrawn the rule as an Emergency Temporary Standard (ETS), the ETS as a proposed rule has not been withdrawn. OSHA added that it is prioritising its resources in order to complete the COVID-19 Healthcare Standard. Additional information on this subject should be expected in 2022.

Federal and state regulations coexist. California, for example, has more than forty different minimum wage adjustments that take place at different periods in each of its cities.

A tipped employee’s cash compensation in Florida is currently $6.98 per hour, with the state’s current minimum wage being $10. By 2026, the minimum wage in Florida will rise to $15 an hour for state workers.

Minimum wage for government workers was set at $15 per hour in 2021 under the Biden administration. The new minimum wage directives went into force on January 30, 2022. As a result, the federal government has mandated a minimum wage of $15 per hour for all employees and contractors. More than 300,000 employees of government contractors will begin receiving the $15-an-hour pay hike this year, according to a Biden administration release. According to the DOL’s blog, the number of unemployed workers has gone up.

Many states and municipalities will see an increase in the minimum wage in 2022 as the latest payroll industry trends go. Some state laws raise the minimum wage and then change it annually in accordance with the Consumer Price Index (CPI). Employers of all sizes in some states have been affected by varying tax increases.

Legislators in Hawaii have suggested an increase in the state’s minimum wage to $18 per hour by 2026 for all workers. At this time, the minimum wage is $10.10. Late in January 2022, Hawaii Senate Bill 2018 passed the Senate and was submitted in the House of Representatives.

On-demand payroll grew in popularity in the payroll industry trends as a result of the initial financial strain caused by the COVID-19 pandemic. Employers were able to offer employees the option of accessing wages as they were earned by partnering with a third-party service. Employees typically pay a fee for on-demand pay services, which assist them in managing cash flow issues that arise as a result of daily life disruptions. Employees may also benefit from on-demand pay services, including improved financial management, reduced stress, and possibly increased productivity and engagement at work.

To capitalise on the industry’s top payroll trends in 2022, you’ll need a strong partnership with your payroll provider like Infinity Globus. Whether you choose to outsource only basic payroll functions or your entire human resources strategy, it’s critical to involve a service partner early in the process. Technology can play a significant role in the execution of business strategies, and gaining employees’ support begins with the basics: a pay check delivered on time, with access to information and associated services when, where, and how they want them.

Payroll remains constant regardless of technological advancements or changes in the workforce. It’s a critical component of the employer-employee relationship — and trust is built when employees are paid accurately and on time. As the last few years have demonstrated, unexpected events occur, ranging from supply chain disruptions caused by weather to a full-fledged public health emergency. Preparation and adaptability are critical when confronted with economic or labour market changes. Employers will want to ensure that pay checks are processed on time and that they have a contingency plan in place to avoid losing the trust of valuable employees. If you’re ready to take advantage of cutting-edge industry solutions, here’s one way Infinity Globus assists organisations in avoiding payroll interruptions.

6. Flexibility as a Key Differentiator:

Even if organisations lack the budget to compensate employees more than competitors, providing better access to payroll information may help organisations attract and retain top talent. Payroll, like many other services, should make every effort to accommodate employee preferences whenever possible and permitted by applicable federal, state, and/or local laws. With today’s multigenerational workforce ranging from baby boomers to Gen-Z, information delivery may take the form of paper statements or self-service access via text messaging on mobile devices, in addition to workforce management or payroll apps. Additionally, the latest app capabilities have expanded to include everything from student loan repayment to micro-investing and monthly mortgage payments deducted directly from your pay check. The ability to assist individuals in meeting their financial information needs can be a true differentiator, giving employers another lever to pull in terms of attracting and retaining talent.

Keeping up with the ever-changing payroll industry trends can be a difficult task; to make your job easier, you might choose Infinity Globus’ payroll outsourcing services. Contact us today and you’ll never have to worry about payroll trends again!